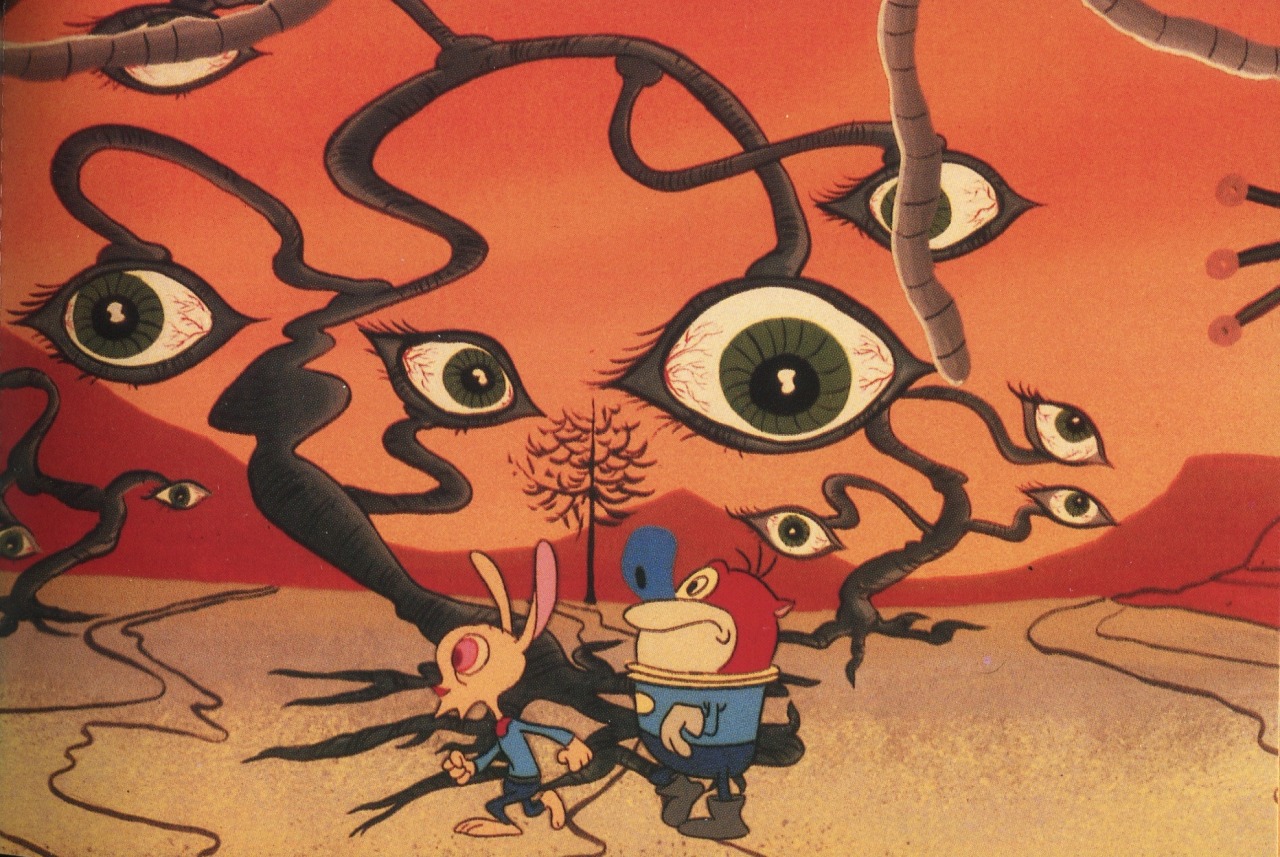 “Those are timezones. We’re in central.”

“A place far enough away the sun looks different in the sky.”

I learned about the vastness of space through the measurement of time. In the midwest, TV syndication always stated “8 central / 9 eastern.” Confusion compounded when I learned of the pacific and mountain timezones. Why weren’t they mentioned in the Nickelodeon commercials? Why not, “6 pacific / 7 mountain / 8 central / 9 eastern?”

I later sussed out western timezones aired afterwards. One could theoretically watch the new episode of Ren & Stimpy, travel fast enough west, then watch it again.

I learned about the vastness of time through the measurement of space. And Commander Höek & Cadet Stimpy, of course.