I Know Not Who Reads These Words 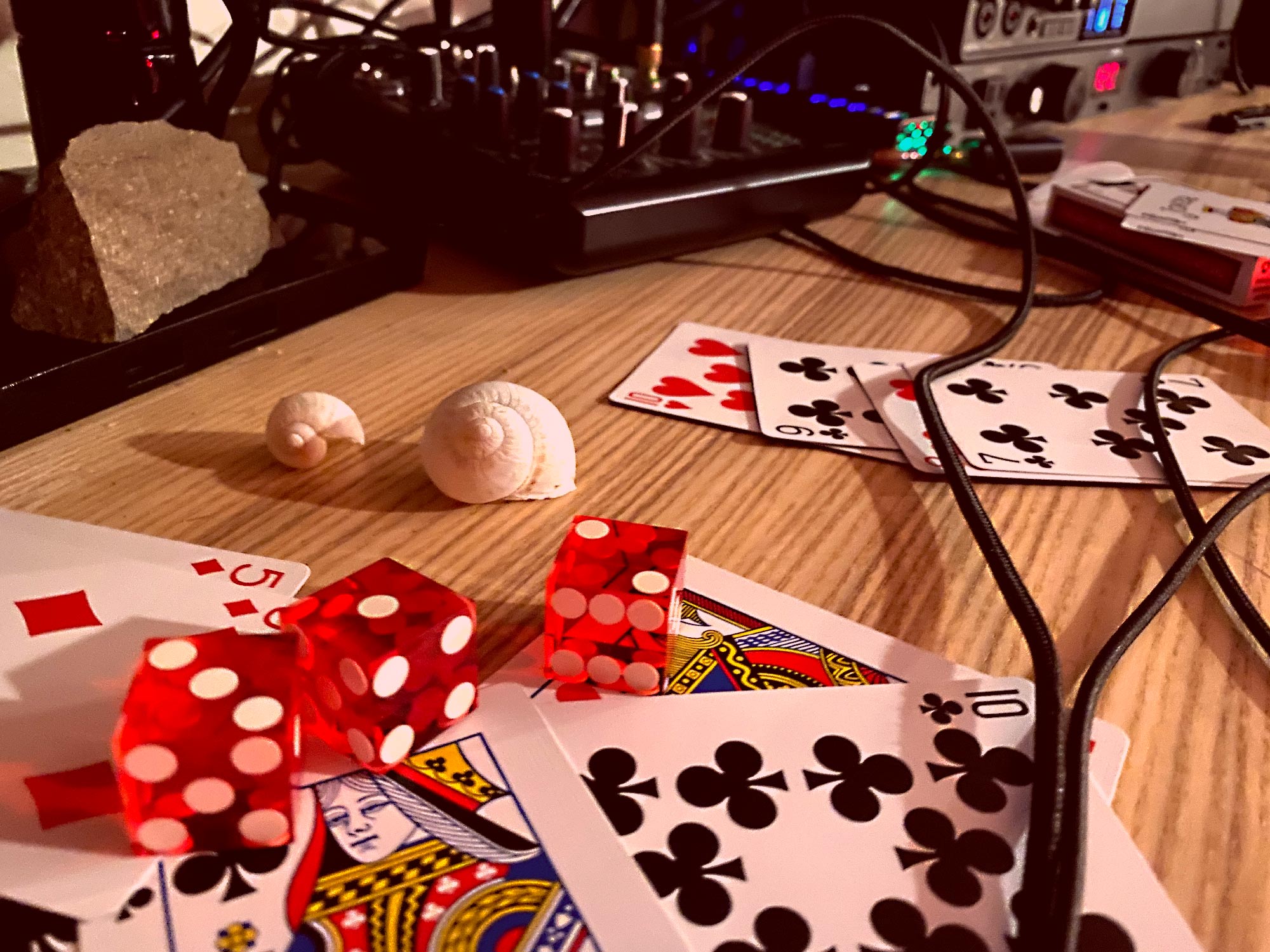 I know not who reads these words.

I uninstalled Google Analytics some time ago.

I am my own audience, now.

If I can make one tiny fucking hole in their dataweb, one unexpected rng, one tiny source of curiosity and mystery and wonder — if I can do that — then my purpose is accomplished. 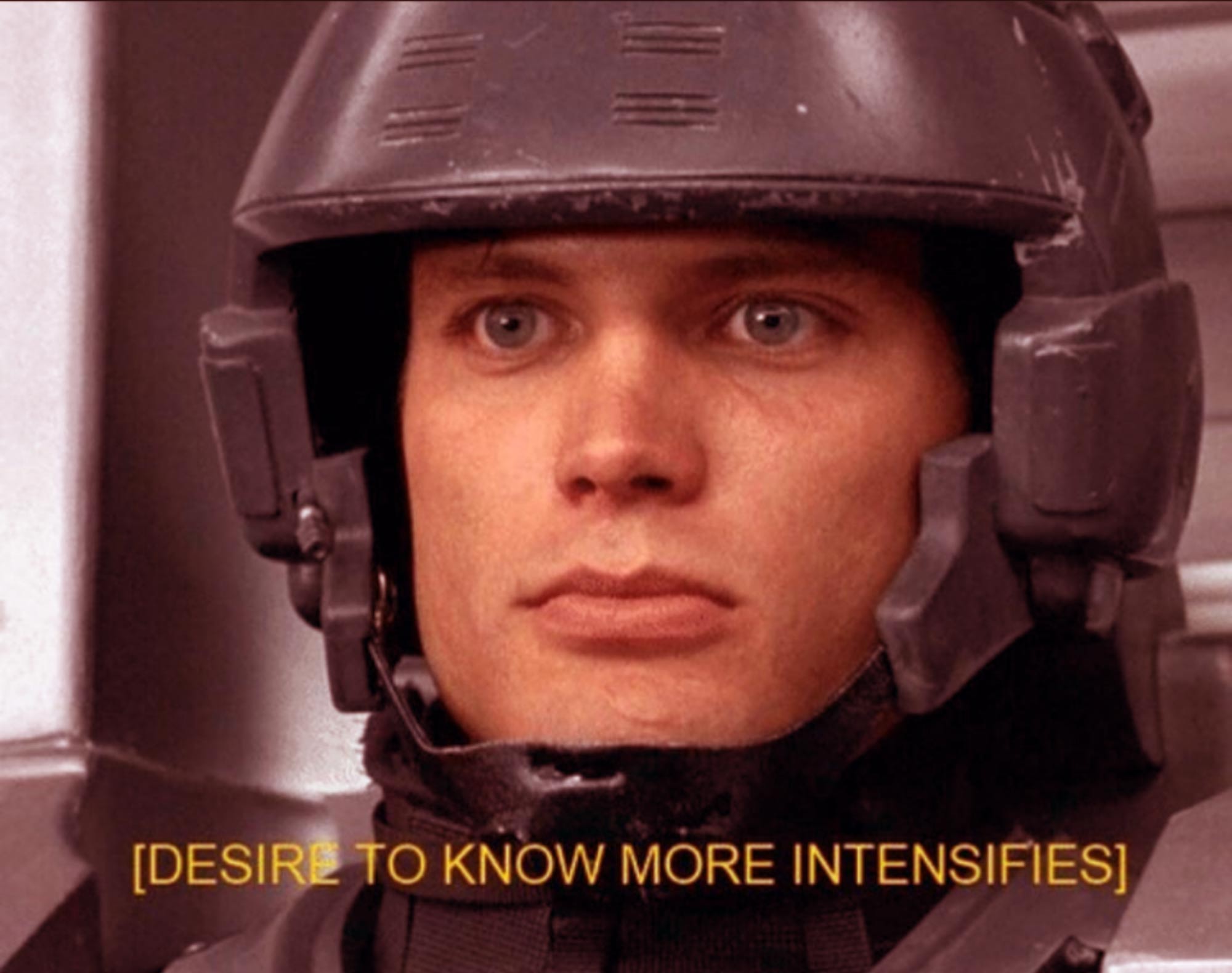 Operation March is just publishing a piece a day for month. Last year around this time I was doing nightly music streams. I did that for way longer than was comfortable. But the internet is my petri dish. So, let us see what comes of this. My hypothesis? I’ll push through to some new discoveries. I’ll probably also exhaust some of my sleeved aces. This is a good thing. I feel the need to burn out any remaining garmonbozia (shout-out to @markdenardo for applying this term IRL) from the before times. 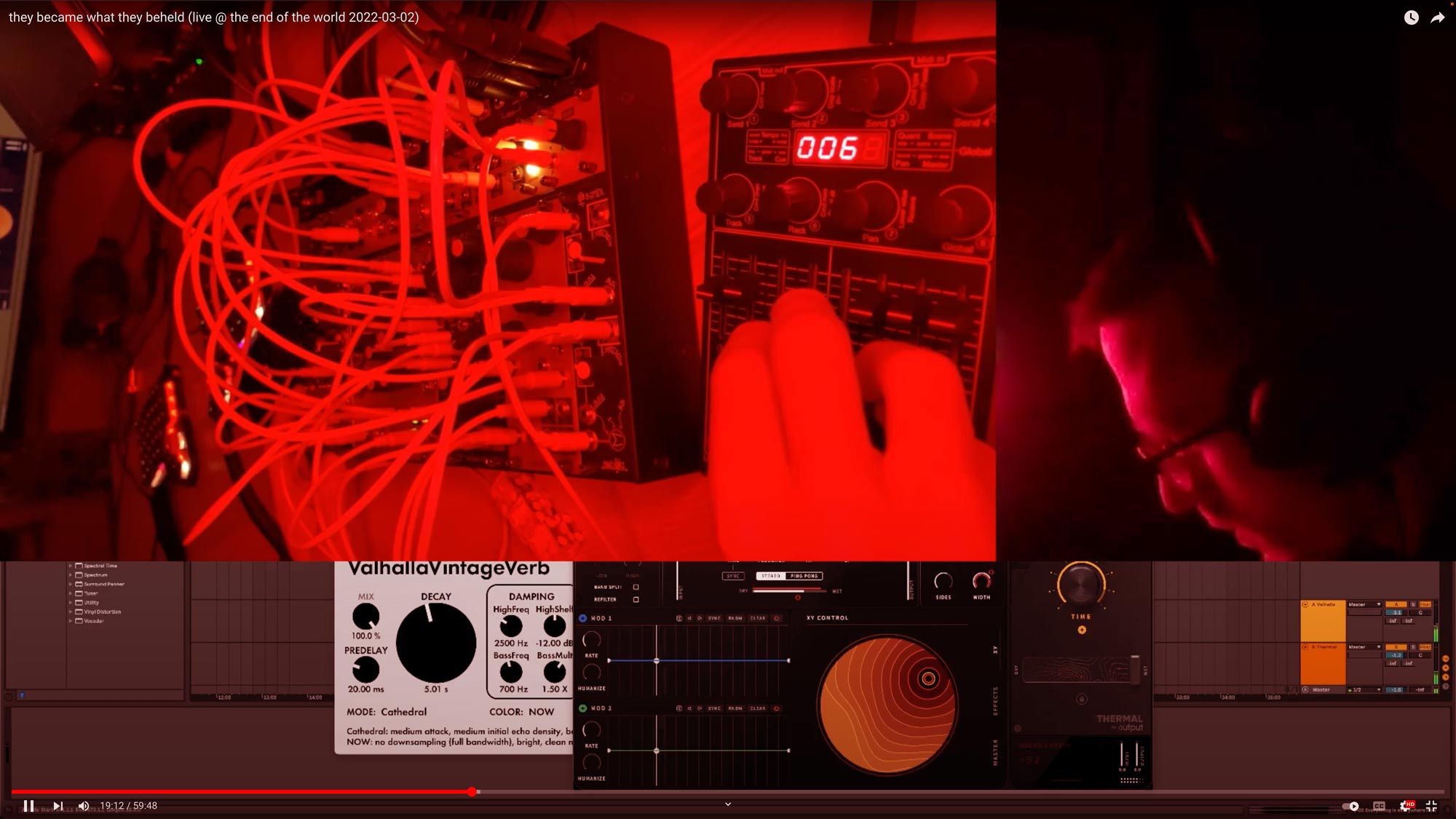 I did an un-planned, un-promoted, un-rehearsed live stream two nights ago. I think I have the vision for EP2 now. This is by far my most ponderous and somnolent project, so this is big if true. I know of at least one listener who will be happy. 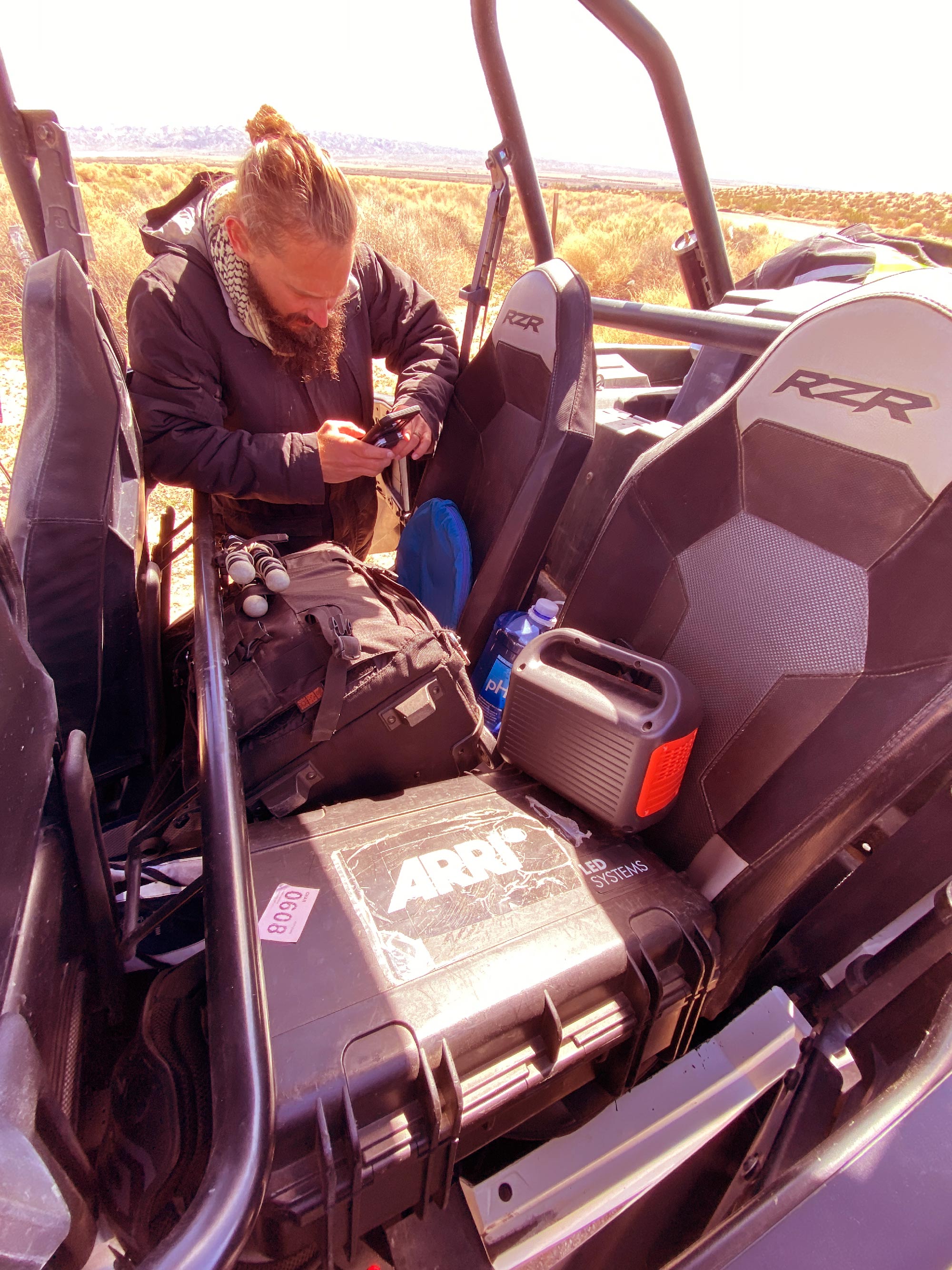 Our long-heralded film crossed a significant milestone last week. We were filming in the Mojave Desert with ATVs and drones and motorcycles. There was a snow flurry. I got sunburn. It took my body four days to recover from the exposure. 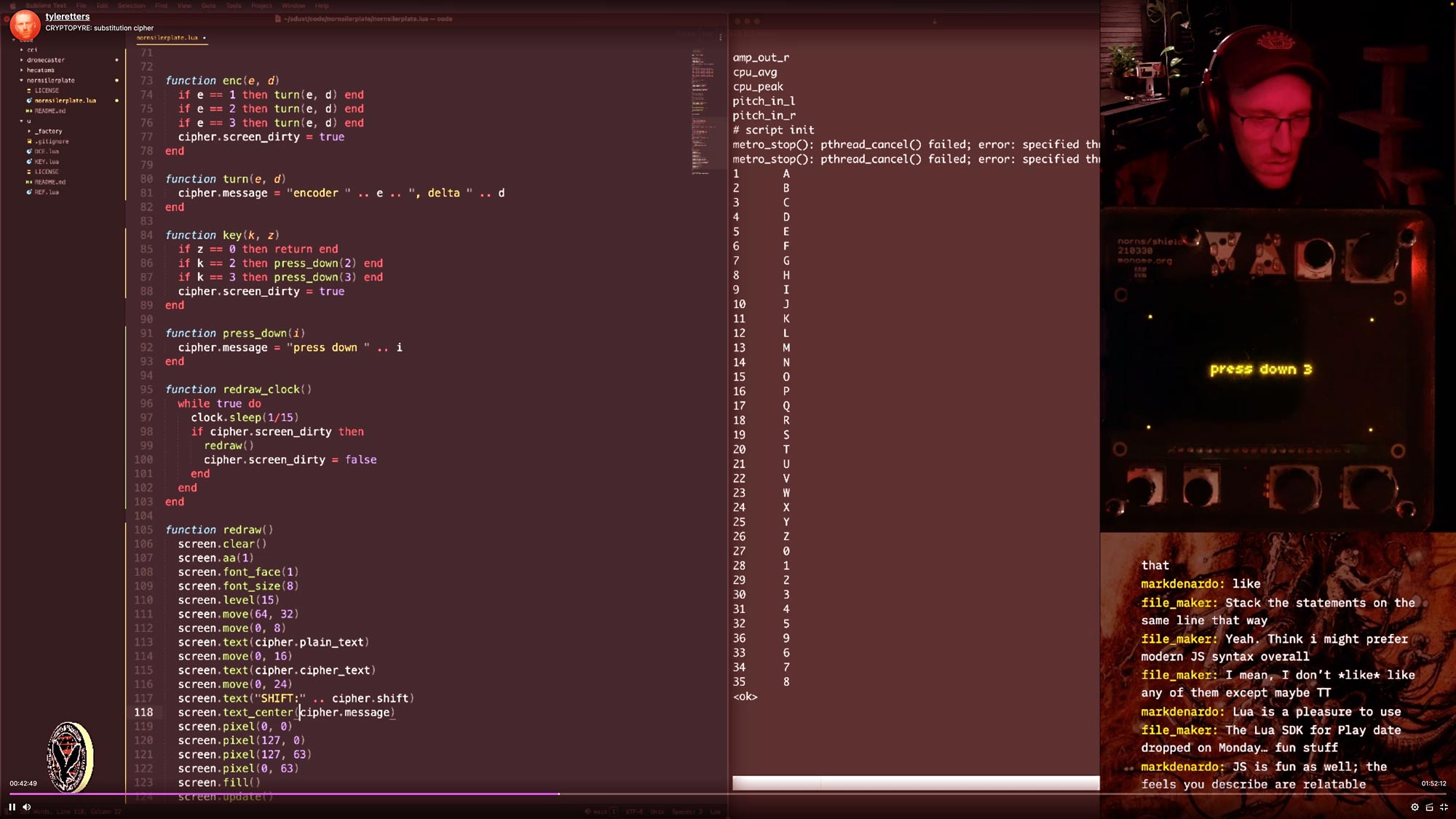 My weekly CRYPTOPYRE streams shall continue for the foreseeable future. We’ve done three and each as been deliciously intimate. Let it be known my Twitch will be considered a failure if ever there is more than ten people watching at once.

Do join our Discord.