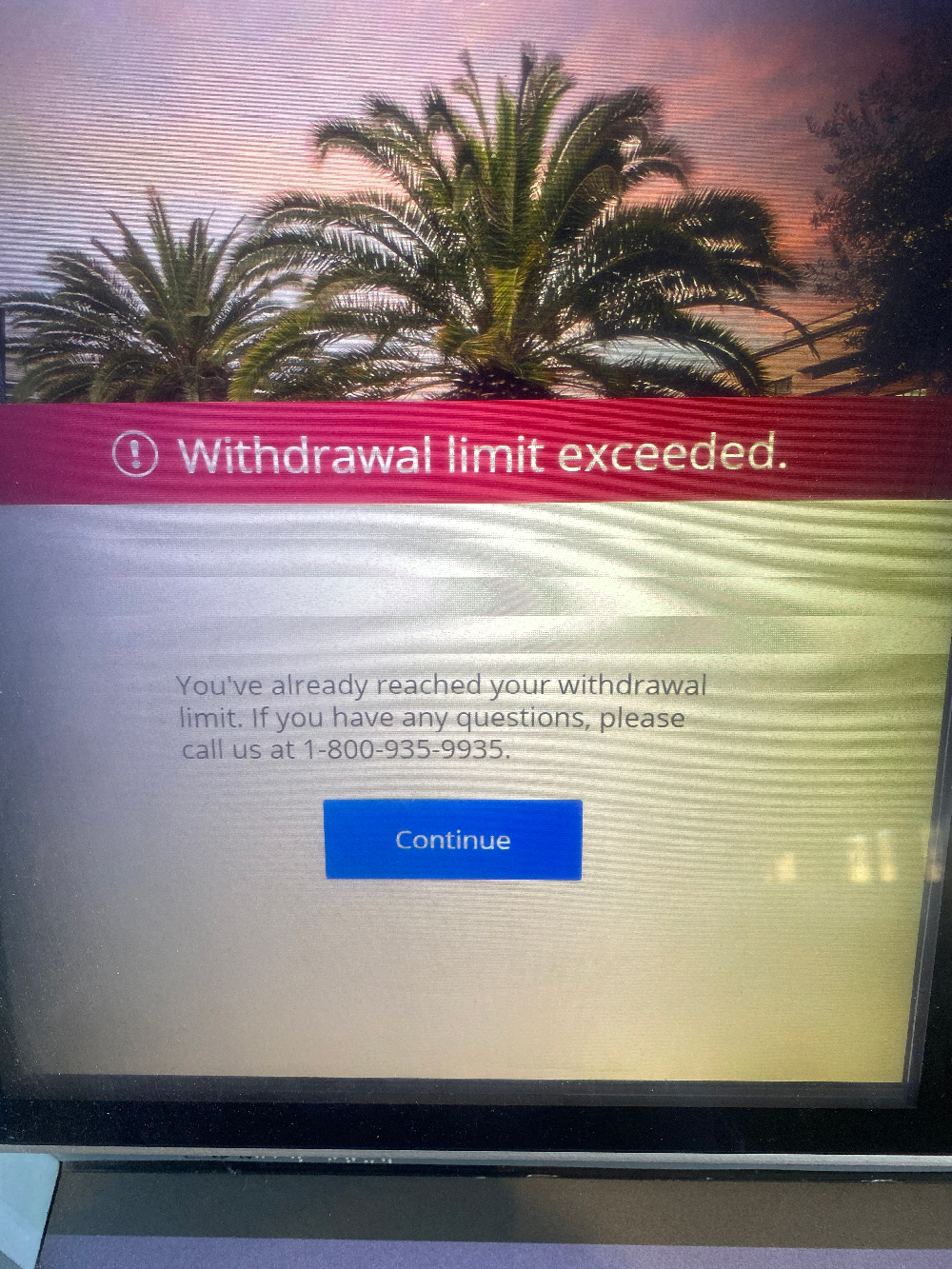 They say every driveway in the United States of America is connected.

Northbound on the five. Saturday afternoon gridlock. Lane splitting — while legal in California — is a power I reserve for only the direst of biological situations. The art of riding is fundamentally the art of one single task: increase the of odds of not dying, every second, with utter vigilance, ad infinitum.

I think the SSRI withdrawals are finally over.

My helmet’s primary visor is open but the polarized visor is down. It is 90 degrees Fahrenheit and I am driving directly into the sun, boiling alive in my leather jacket. It was gifted to me by folk-hero tattoo artist Doc Finn. He used to run with the Ghost Riders back in the amphetamine fever dream world that was the 1970s. How many nights did he sleep in this jacket? Illinois prairies all around, stars overhead, belly full of whiskey, motorcycle cooling off from a hard ride… 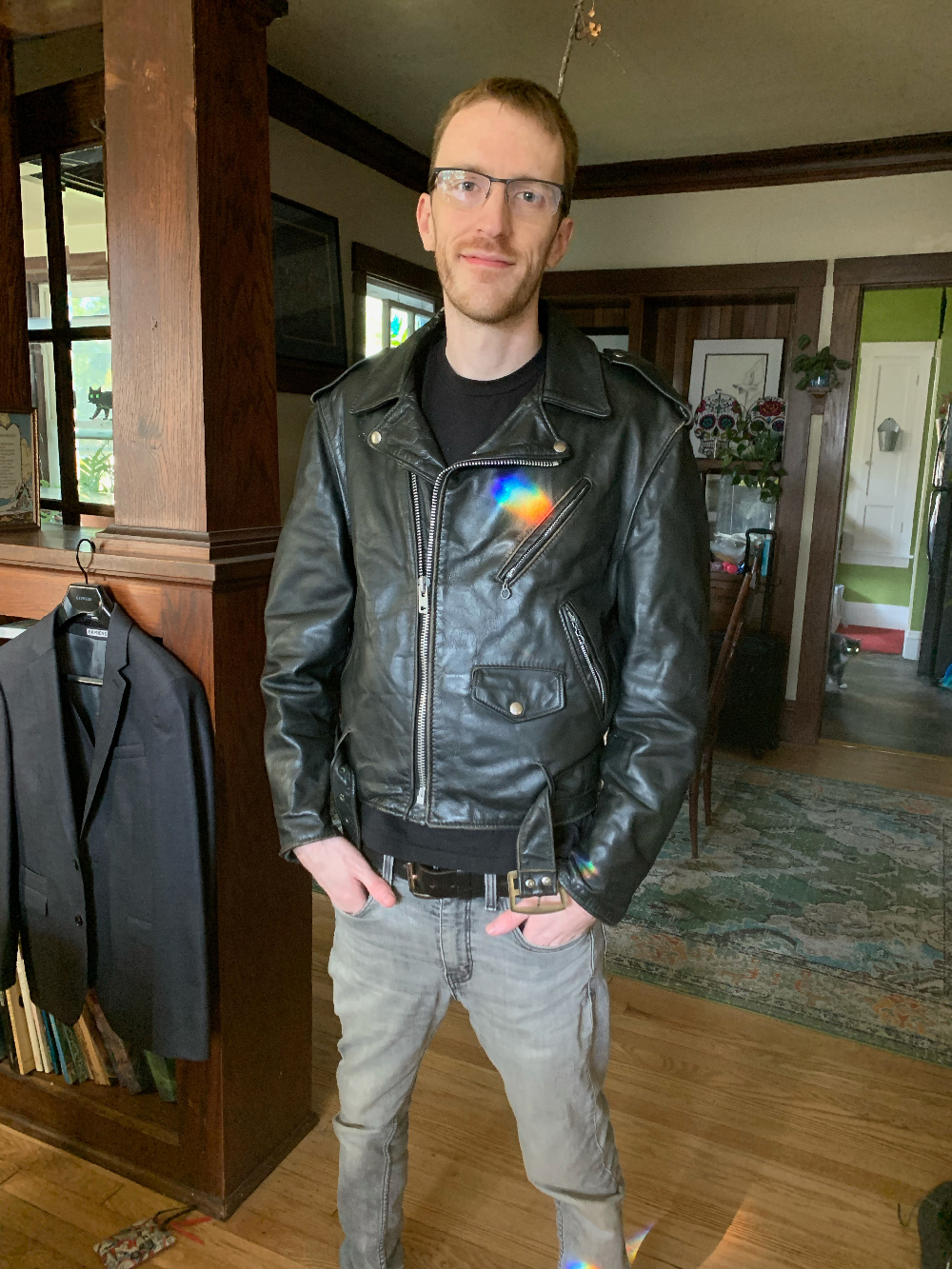 The jacket is one of my few authentically sentimental possessions. It is a Schott NYC Perfecto. It was wonderfully broken in when Doc gave it to me. During the transition rituals, it drank entire bottle of diluted baby oil - an offering that yielded another half century of life. In most contexts, the leather jacket — that eternal symbol of rebellion — is a loud fashion statement. But when you’re riding a motorcycle, it is just another piece of life-saving technology.

I use ear protection while riding. Simple DayGlo plugs, the kind that come in those plastic barrels, measured in hundreds. There are few sensations as sweet as having just the right equipment, clothing, tools, or knowledge for a task…

But these pieces of armor are insignificant in the greater game. They increase my chances of survival, sure, but it doesn’t matter what I’m wearing if all 18 wheels of a semi-truck get a chance to say anything about it. 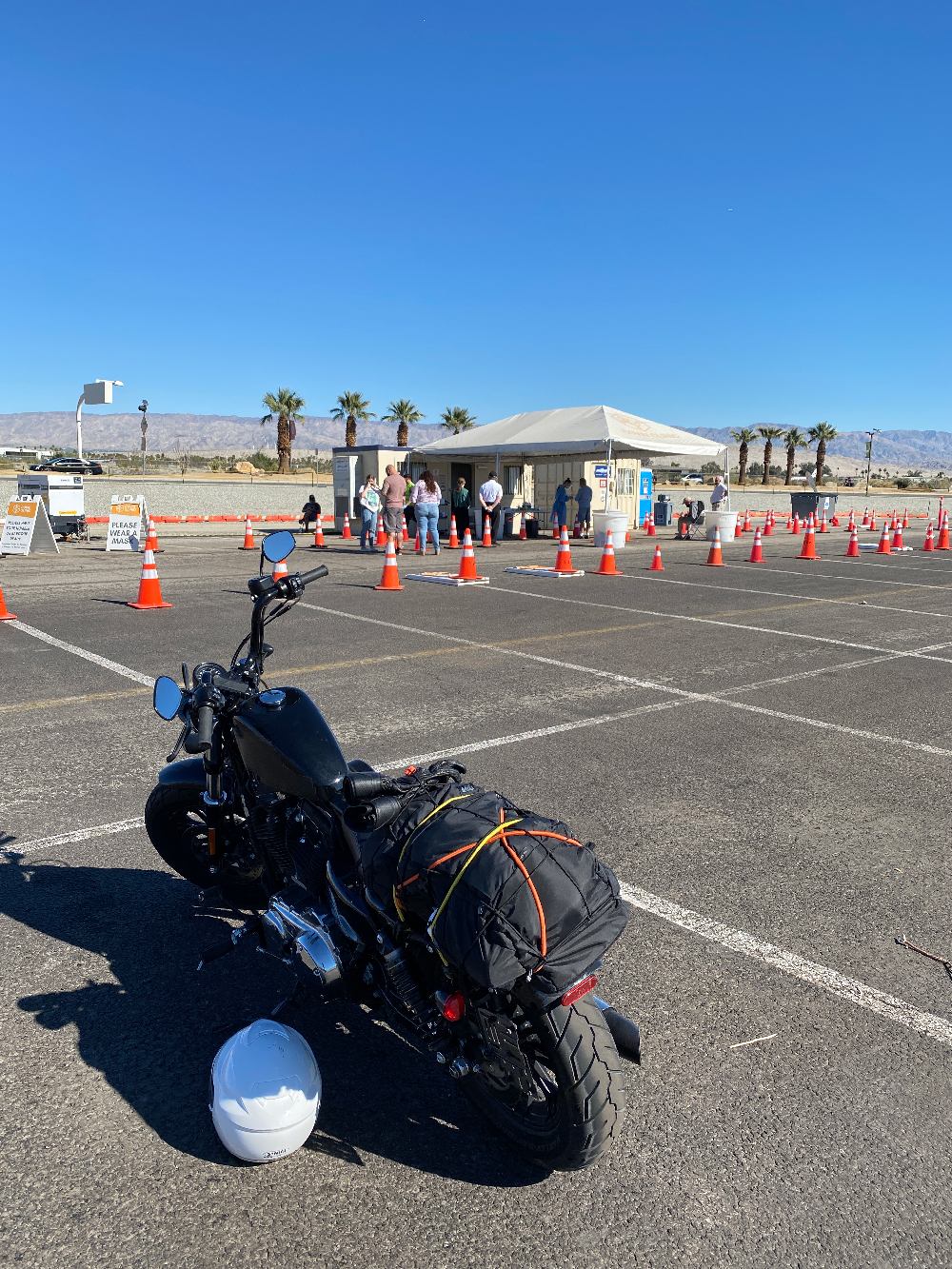 So, not lane splitting, always wearing safety gear, always riding defensively, going the speed limit, avoiding potholes, and just surrending to the flow of traffic (as slow as it may be and as much as my left hand may hurt from the clutch) are not difficult decisions for me. I find slowdowns like these to be a feature of the experience, not a bug.

Time to breathe; time to think.

I inhale the fossil fuel exhaust from hundreds of Angelinos…

To be on a highway is to be a blood cell: free, floating, and fearless. 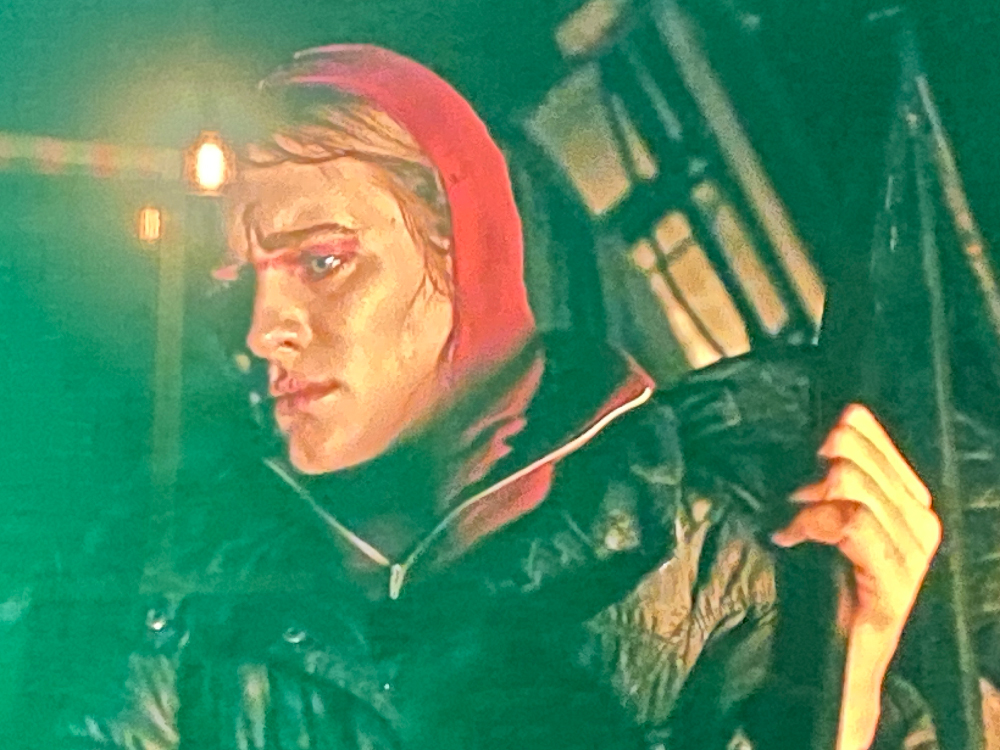 Every day I wake up and feel a rush of excitement because I get to see yet another day of our grand and tiny cosmic drama unfold.

I have been refining my mudra accordingly.

To start: I’m 34. I’ve run the numbers. I am not going to be alive when I’m “retirement age” in 2060. The way I see it, if I do make it that long, then it means we figured some shit out and something resembling UBI exists. The over under of this scenario is 1 in 1000.

I am not being hyperbolic when I say dying in anthropocene is my retirement strategy.

So, I liquidated my 401k last week. There wasn’t much in there. I’ve had a 401k since the early 2010s. Some years, I’d open my annual summary to be greeted with something like, “Sorry, you lost 20%. (Sucks to suck!)” I even checked the “ethical investing” option next to the Corporate Memphis cartoons, knowing this meant I wasn’t putting money into supposed “unethical” stocks but also knowing I would get worse returns.

The way I see it, if I’m opting into a system that can just magick away 20% of my assets, then the least I can do is reclaim my dignity and do it myself. I am more than capable of losing 20% of my assets on my own, thank you very much.

So I took the disbursement, paid off some long-term debt, paid off my motorcycle, put some in savings, started a new investment strategy based on Ethereum and adjacent technology.

I also wanted to be like my father and have a small cash emergency fund. I went to the bank and learned about withdrawal limits. 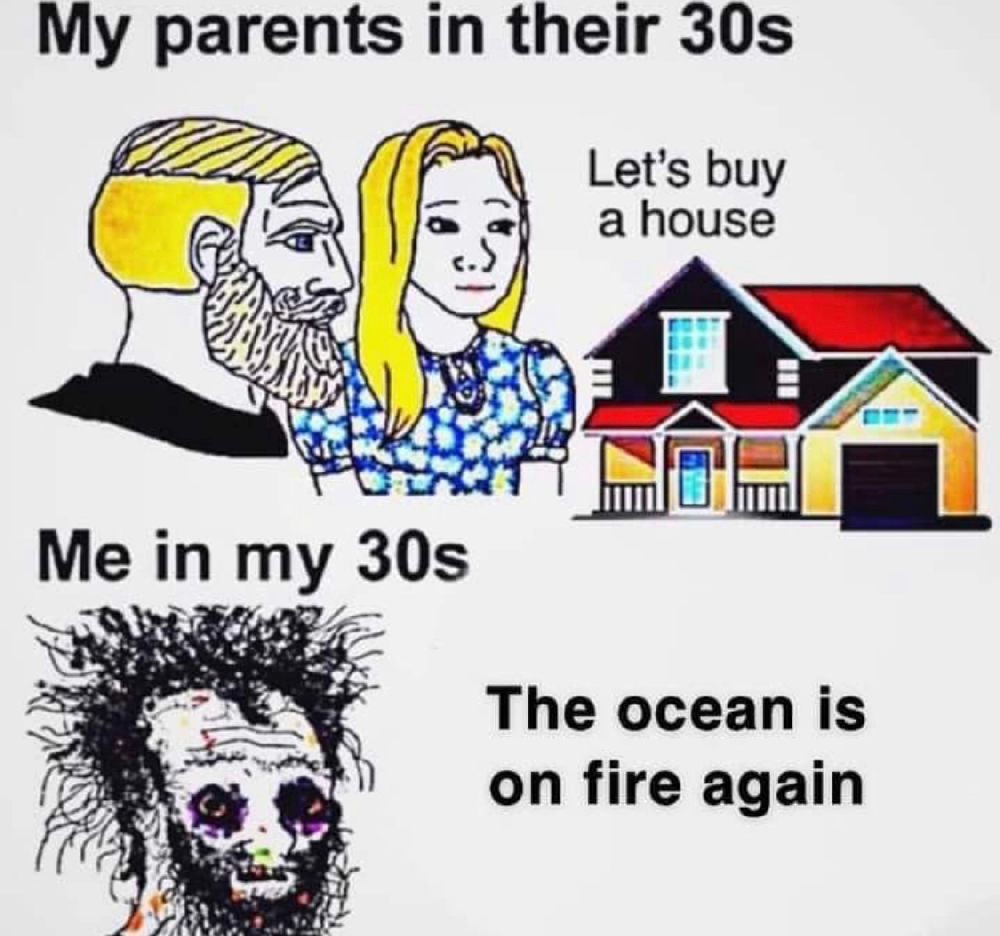 Yet over a decade after we framed our degrees, we’re still utterly crushed by student debt. We believed these credentials would unlock guaranteed opportunities for us and our debt would be serviced within a few short years.

Were opportunities unlocked? Hard to tell. A bitter of pill, that.

Dave Ramsey Snowball live with your means don’t buy stupid stuff but it is ok to have fun sometimes but good luck not feeling guilty about it haha most powerful force on earth is Compound Interest so invest young work hard pick yourself up by your own bootstraps you can be anything you want to be when you grow up when are you having kids would you like to buy an $80,000 car?

I believed, like so many of my friends, that I just had to work hard enough and I’d have some modicum of upward financial mobility. I grew up in borderline poverty. A divorced artist mother. A divorced tradesman father. Patriarchal suicide, substance addiction, sexual abuse shot through my lineage…

There is no trust fund at the end of the rainbow. There is no generational wealth for us.

Rent on our a two bedroom apartment in Los Angeles county is about 40% of my take-home pay. The idea of ever owning a home is beyond absurd. (A house even smaller than our apartment costs around 10x what we make in a year.) Having a three bedroom apartment or even a two car garage would be a luxury beyond our wildest dreams. Heck, having a one car garage that we can jam both a Yaris and a Harley into feels absolutely opulent.

No, kind sir or madam. That is a bandaid, a diabolical bandaid shouted to advance the agenda of eternally outsourcing western guilt to the minds and hearts of individuals.

No, kind sir or madam. I climbed the corporate ladder and was making Very Good Money. “Very Good Money,” by the way, is a highly technical and precise and scientific term defined by surpassing the base salary threshold of $100,000 USD a year. After taxes (to be clear: taxes are fundamentally beneficial for society) it nets out to around $70,000.

One time, my friend called me because he got a new job. He was bubbling with joy. It was in his industry and the pay was excellent.

For some reason, talking about personal finances is still the final taboo. Why?

When he told me his wage and benefits package, it took ever ounce of acting and professional courtesy I had to reciprocate his excitement and not scoff. It was barely hovering over the Illinois poverty line. Indeed, I was happy for him. Making poverty line income made this person this happy.

Starbucks is great because they help their employees pay for college!

Go to college, on us

What you don’t see from the outside is if they just paid their employees more, then they wouldn’t have to offer this indentured servitude benefit. I’m sure there’s plenty of clever tax incentives underneath all that machinery, too. Guess we’ll do it the hard way.

I help them where I can. I offer material and emotional aid. I make art that confronts these issues. I write blog posts like this.

I’m grateful for my privileges. I’m also ready to play a new game and perhaps help build a new world in the shell of the old. 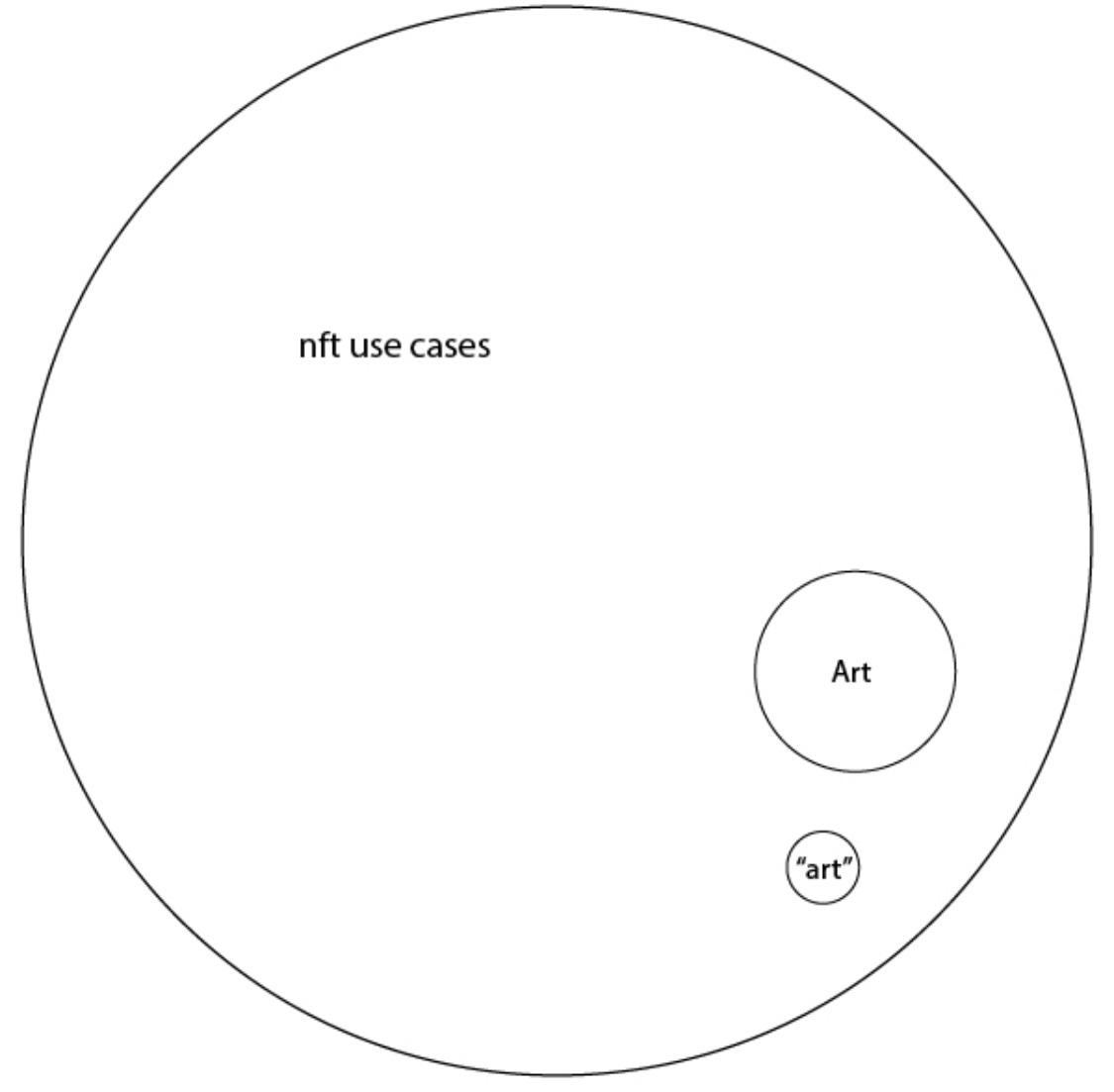 A few weeks ago I posted my skeptical synthesis of NFTs. In the time since, my thinking has evolved.

My final answer was: “NFTs are just Beanie Babies that also destroy the planet. Change my mind.”

I have changed my mind.

My argument hinged on two points: the utility of the technology itself and environmental impact.

As the above diagram hints, the utility of NFTs is enormous. I couldn’t see it because I was blinded by “art” from the BAYCs and the ostentatious grift from the Hit Pieces. Now that I have some first-hand experience and have participated in channel Season 0, I suspect username/password forms will be replaced by NFT-like technology within the next few years.

And that’s just one application of the technology.

So, NFTs have immense utility. I was wrong.

How much energy do we burn on Fortnight?

What about The Office comfort-binges?

See where this is going? Casting crypto as energy-pariah is a garden variety bad faith straw-man.

We’re utterly dependent on electricity. No political, social, or environmental cataclysm will change this. I’ve decided to simply become “pro nuclear energy” and remove this entire class of discourse from my internal dialogues. Further information:

Under the brown fog of a winter dawn,

A crowd flowed over London Bridge, so many,

I had not thought death had undone so many.

Sighs, short and infrequent, were exhaled,

And each man fixed his eyes before his feet.

It is Sunday so I am going for a long walk and calling my parents.