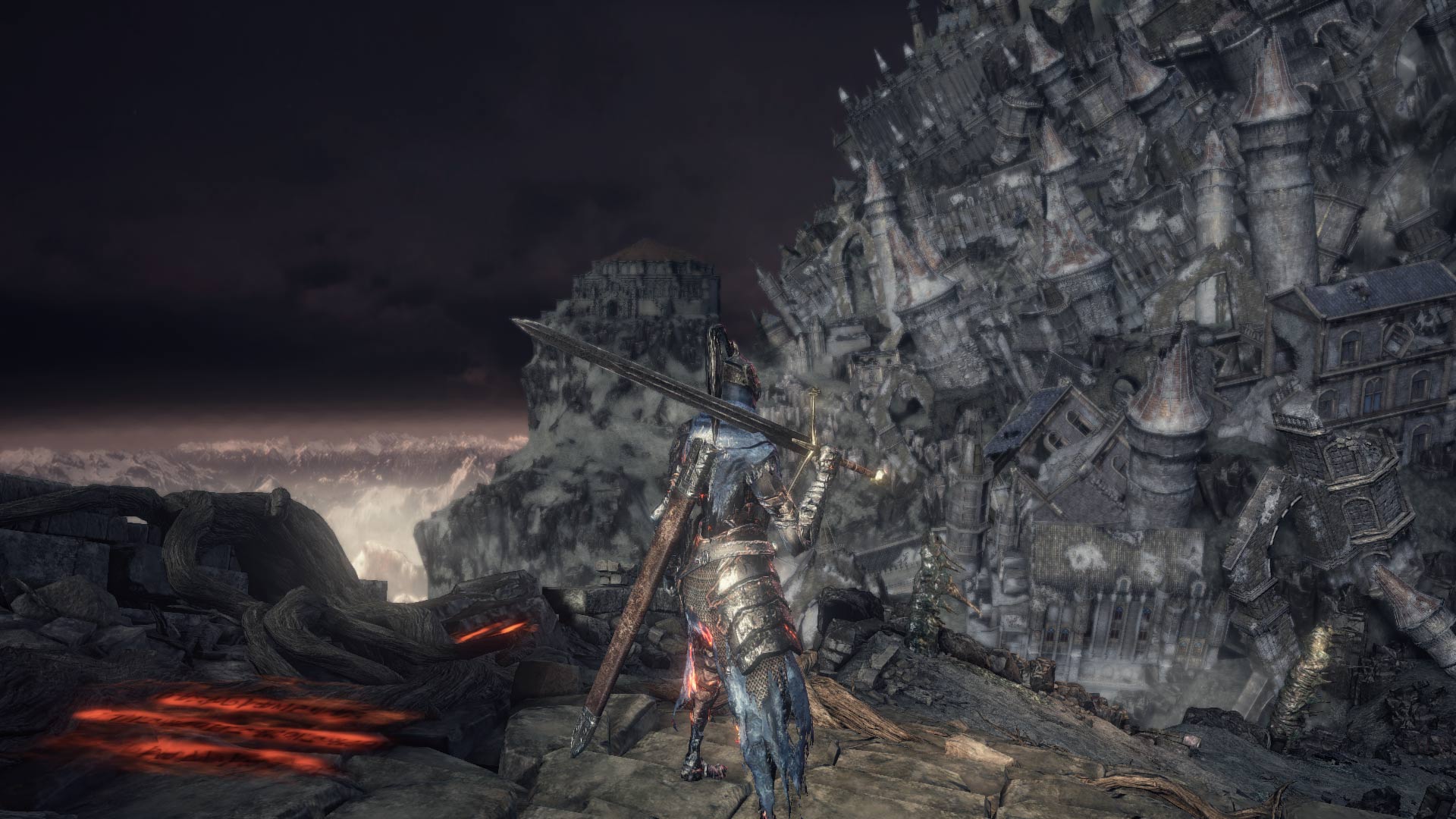 Too many blog posts on hospice. Fiddled with them too much. Lost the plot. I opened each markdown file, in turn… and decided the best course of action was to simply rename the directory failed blog posts, place it in my 2022 archive, and move on. Some embers need to be released, though:

The final moments of Dark Souls 3 are a metaphor of internet culture at the end of 2022. I stand atop a ruined staircase. It has been a long journey to get here. I am alone. It is dark. There is something that could have been once called a city, but is now unrecognizable. A snarl of ruin and metaverse. In the distance, a more stable structure perhaps? All around me are messages from others who came before. We’ll never know anything about one another aside from: we were both here, we left messages, and - perhaps most importantly - we were feeling something strong enough to share it.

If you work at a small or medium company, Slack is going to be a mid-trust to high-trust environment by definition because everyone knows your true name. Furthermore, all participants are enmeshed in the same web of corporate tools, handbook signatures, and all-hands meetings. Human Resources are the mods but they don’t even have to do anything. It is a textbook panopticon. The moderation problems that Meta or Twitter face simply doesn’t exist.

… seeking resources I can only articulate as “professional crisis empathy?” Last night there was a shooting and one of my teammates lives in close proximity. During morning standup, how the fuck do you say, “Hey, I know a dozen people were slaughtered within a couple miles of your home last night and wow you sure look like you have it all together this morning, and I know asking how’re you doing is a total gaffe because I can tell you’re upset so do I send a direct message about it or something or is this all just way too neurotic and the is best gift I can give really just a few more minutes of work immersion?” It’s this Big Other in most professional settings that you’re not allowed to talk about and I think that’s a strange way for a culture to operate.

… to confirm the oil change and various tune ups were OK before committing to my longest solo trek yet. It was a pleasant test-ride from Santa Clarita to Chinatown. Cooling off, now that it’s fall. I typically work from home, as do most of my colleagues. I’ve been trying to make Wednesday’s the “work from work” day because I miss it. I miss packing a lunch. I miss having a reason to shave. I miss having a reason to wear real clothes instead of lounge-wear. None of it has mattered for so long, and I’m not sure it ever will again.

Cringe is just authenticity in the wrong context.

Imagine these two extremes on the x-axis of The Bell Curve of Territories Unclaimed. To explore the region under the bell, some venture off into planes of alternate tunings and micro-tonalities. Others commune with artificial intelligence. Yet others build their own instruments with their own internal dream logics.

I’m reminded of the time I went to one of those “get a taste of college” events when I was in high school. I was looking at art schools and I went to this summer camp thing at the Art Institute. I was one of two people in the film cohort. Most of the kids were there for video games. Anyways, looking back, it had to be someone’s idea of a joke because for one of the activities they ship all of us into a room for figure drawing with a nude model.

It is better than it was, but worse than it will be.