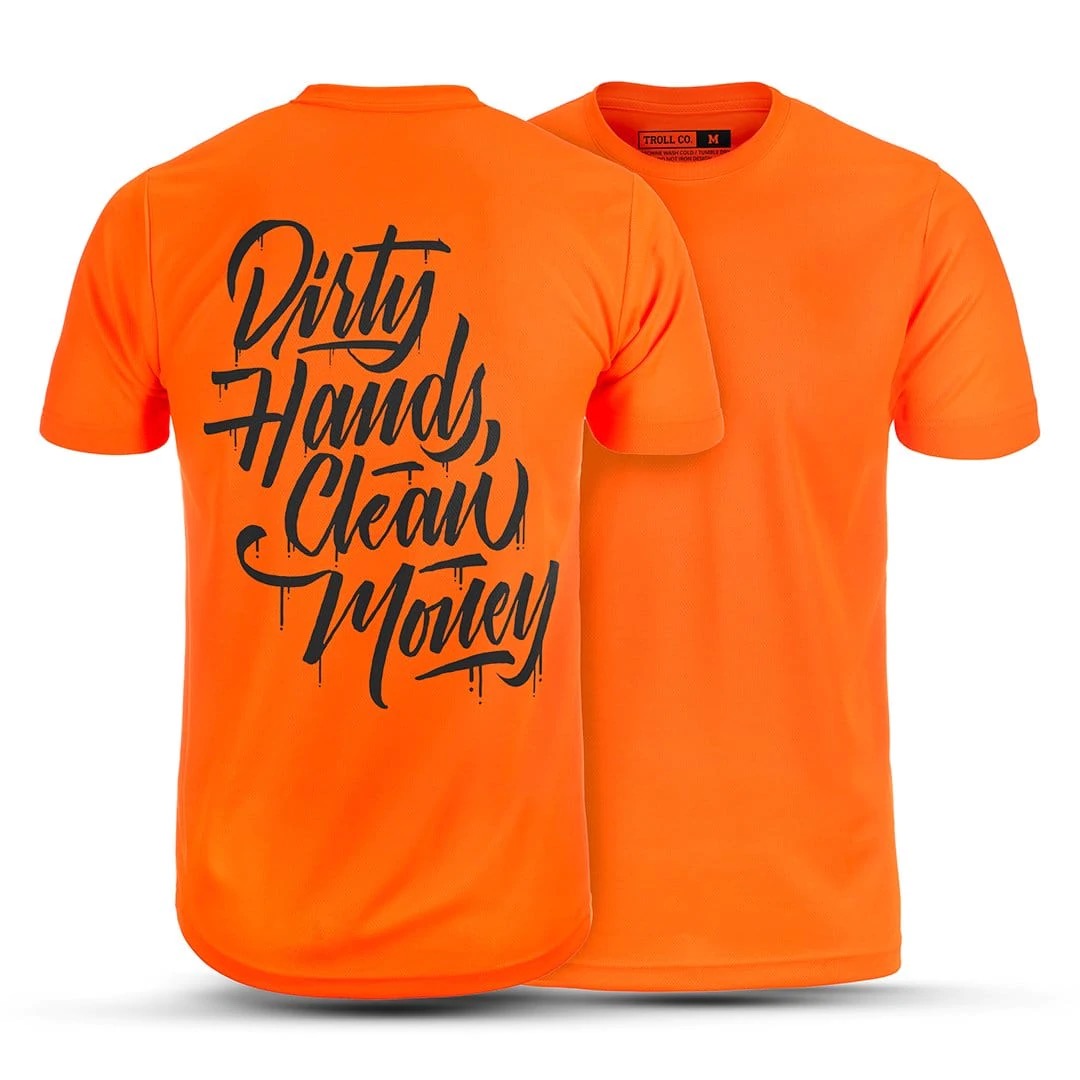 I consciously realized my blue collar affinities in 2019. A tradesman in Chicago was sporting a bright orange “Dirty Hands, Clean Money” Troll Co shirt. Ahh, the pain. I had a white collar job. If my hands were clean… then my money must be dirty.

Troll Co proudly markets to the blue collar, the near (and far) right, the silent majority. As their origin story reads:

My buddies and I, after working all day, always would say we looked like Trolls when we were done [sic] our shift. Dirty and grubby with f*cked up hair; it looked like we should be living under a bridge.

This is how I felt working at the print shop a decade ago. Though I was usually slinging PSDs and TIFFs around, part of my responsibilities included servicing the machines and cleanup. I’d end the day reeking of toner, machinery, press-fluids, and static electricity. I am an artist and I am a technician, dammit. The gunk under my finger nails is a badge, not a curse.

I took my job very seriously. I always made sure blacks were pure and not some RGB simulacrum. I hand-vectored people’s logos (for free) because it would look better in print. I worked late to meet deadlines and overcome scheduling oversights. In retrospect it was a strange liminal threshold between the white and blue worlds. 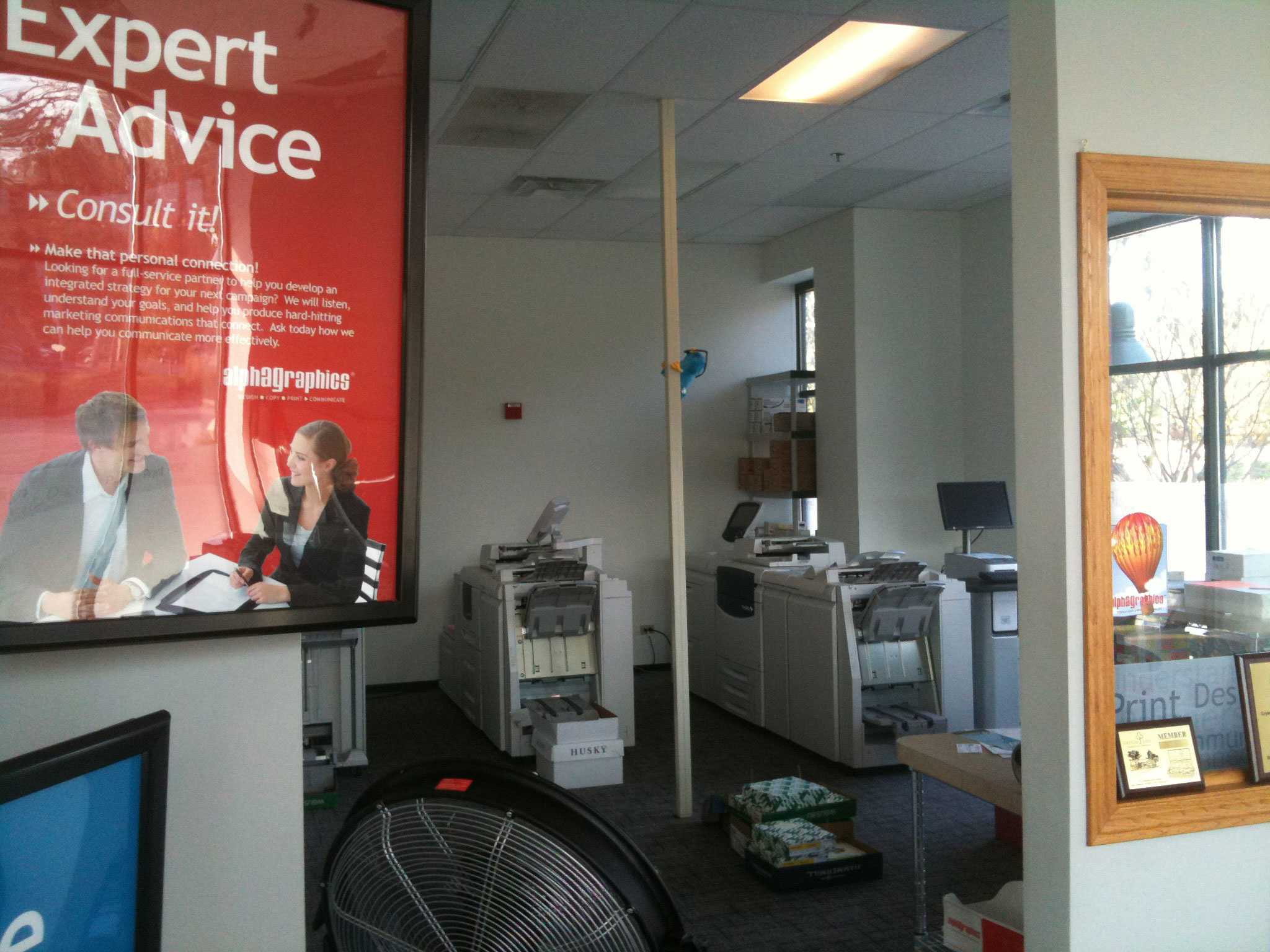 Both sides of my family were blue collar. Lower-middle class. My grandfather was a bricklayer and my father followed in his footsteps. The fathers of my friends were carpenters, electricians, or plumbers. I inherited an ambient contempt for the white collar dads who had to wear ties to work. 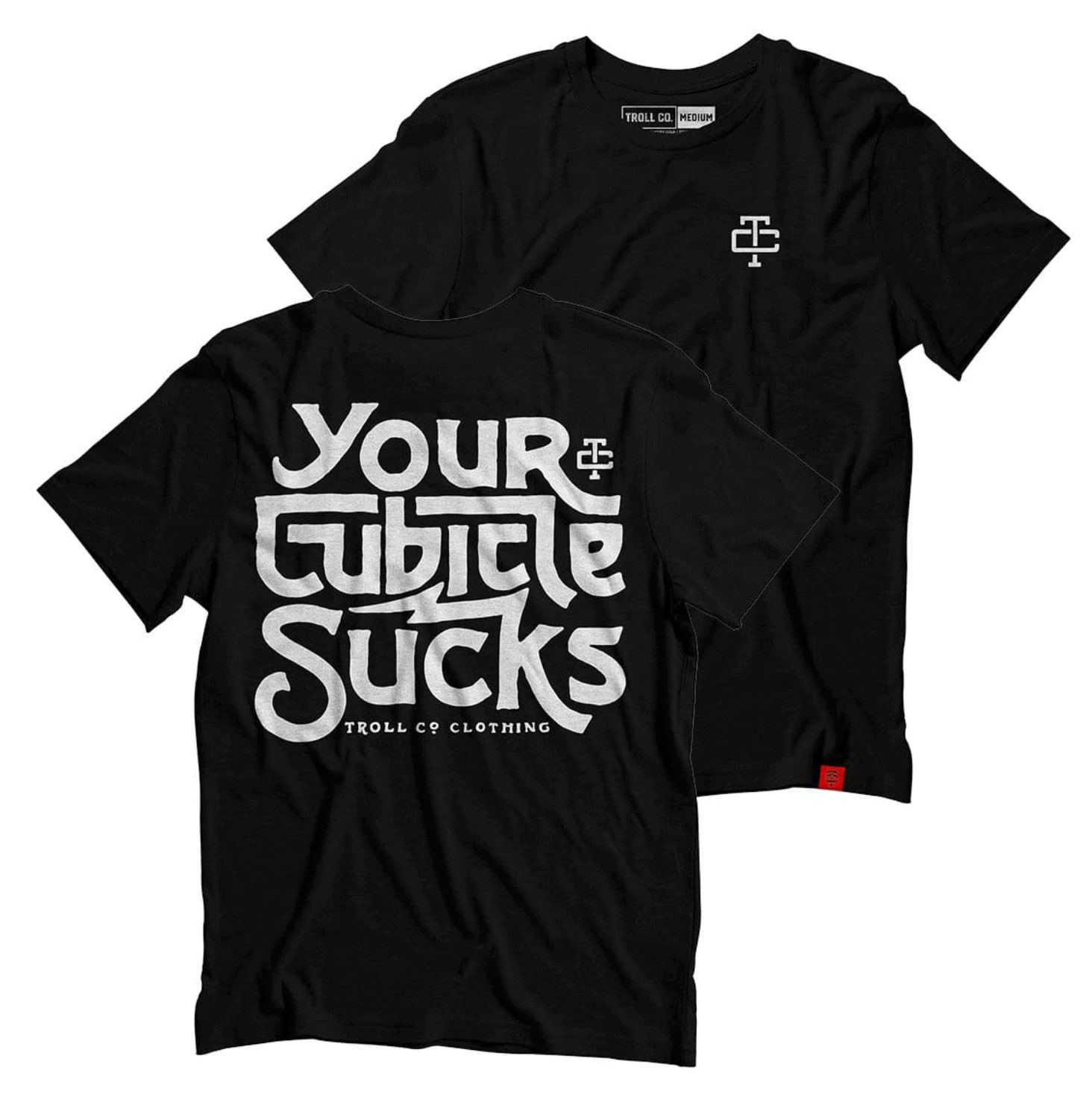 A certain species of toxicity and antagonism is readily on display in Troll Co’s messaging. “Your Cubicle Sucks” is both offensive and objectively true! Their message is clear: we’re tough and honest and scrappy. You’re just a fucken yuppie.

How do you suppose the folks that keep Troll Co’s website running feel about this? Instead of alienated, I would hazard a guess they feel similar to me in my current work situation: circumstances I am dubbing “light blue” collar.

Today, I work at Output. Yes, I work at a desk and stare at a screen all day. No, I don’t worry about bashing my finger with a hammer and enjoying seven weeks of subungual hematoma. But! My team has an on-call rotation in case stuff blows up in the middle of the night. Our tools are kept in dotfiles, not pickup trucks. Half of us ride motorcycles. We’re in Zoom but wearing baseball caps and talking smack. And my sleeves are no longer a professional liability.

Only upon returning to this “light blue” world did I recognize the strange species of self-contempt I harbored during my white collar days, the subliminal shame, the subconscious guilt. It burrowed deeper and deeper every time I went to the cleaners to retrieve my fast fashion costumes.

Had I betrayed my roots pursuing a white collar profession? How much do roots even matter? This is what I was supposed to do, right? This is success?

This is yet another example of how the neoliberal incarnation of the “American Dream” has lead us astray. White collar jobs depend on the blue collar foundations, both literal and figurative. College is positioned as the de facto destination after high school while the trades are stigmatized a septic tank for the fuck ups. (I have a phantom memories of authority figures threatening I may “wind up” a tradesman if I didn’t get better grades.) Absent this indoctrination, I am certain I would have pursued a radically different career path.

While I disagree with Troll Co’s politics (they made a “Make Trolls Great Again” hat) I do agree with this:

There are a lot of hard-working men and women in the trades right now, but they are not being replaced fast enough with skilled young people. It’s time to change the mindset that being in the trades is less important than a doctor or lawyer. Support and encourage blue collar jobs; don’t steer our young people away from them.