If sacrificing a child for personal monetary gain is not an example of capitalist nihilism, I don’t know what is.

This is exactly what Carter J. Burke (Paul Reiser) in ALIENS (1986), attempts to do when he locks Ripley (Sigourney Weaver) and Newt (Carrie Henn) in the medbay with a facehugger. He plans to return with their impregnated bodies and receive a fat Company bonus check. A few shots linger on his haunted face as he reckons with the decision. But of course he flips the camera off and tries not to think about it.

Jeremy Bentham, utilitarianist, would be an interesting one to ask about this. A common thought experiment amongst utilitarians and their critics is, “Would you sacrifice the life of a human child to save the planet?” My refrain (until today) has been, “No, but I would destroy whatever malevolent thing would strike such a proposition.”

There’s a new question on the block now: “Would you sacrifice the life of a human child so you could buy the safety of the world?”

Burke, of course, has no interest in buying the safety of the world, or otherwise. He’s selling the lives of Ripley and Newt for a personal gain.

Would You Play Squid Game? 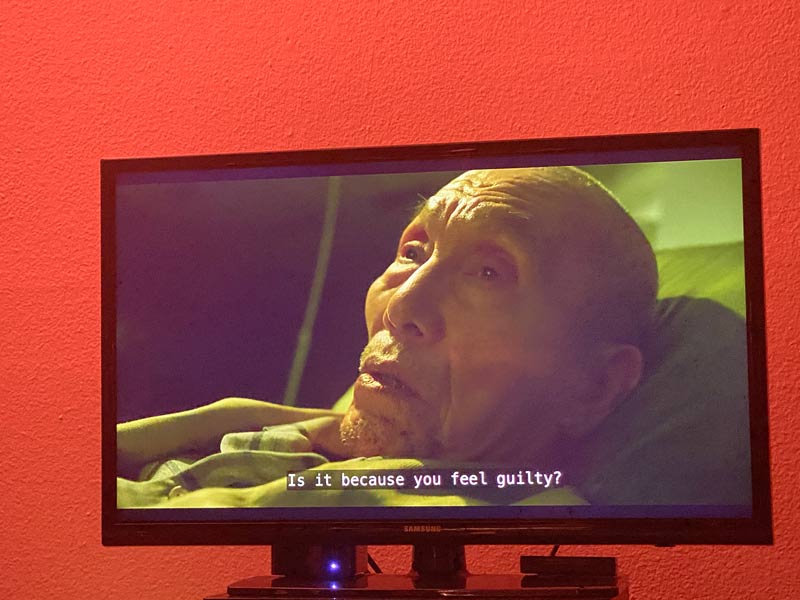 “I’ve often talked about how I’d sell off my organs to pay my debt,” Sage said, “So, would I play Squid Game? Probably. But I don’t think I’d have a good chance at winning. Because debt makes you look at the world and daily life in a completely different way. Constantly hanging over your head every moment. You never get respite from it. And often times it feels like there’s no way out. It is very hard to see the light at the end of the tunnel. I’ve often said I’ll die before my student loans are paid off because that is how grimly I look at the situation. So for these people [in Squid Game] it is a very similar situation. There is no light at the end of the tunnel and Sang-woo for instance was already going down the suicide path in the bathtub scene before he got the card again. He didn’t want to go back to that facing life. All the players that came back didn’t really have a way out so… Fuck it! I’m just gonna try!”

I Think We Oughta Discuss the Bonus Situation 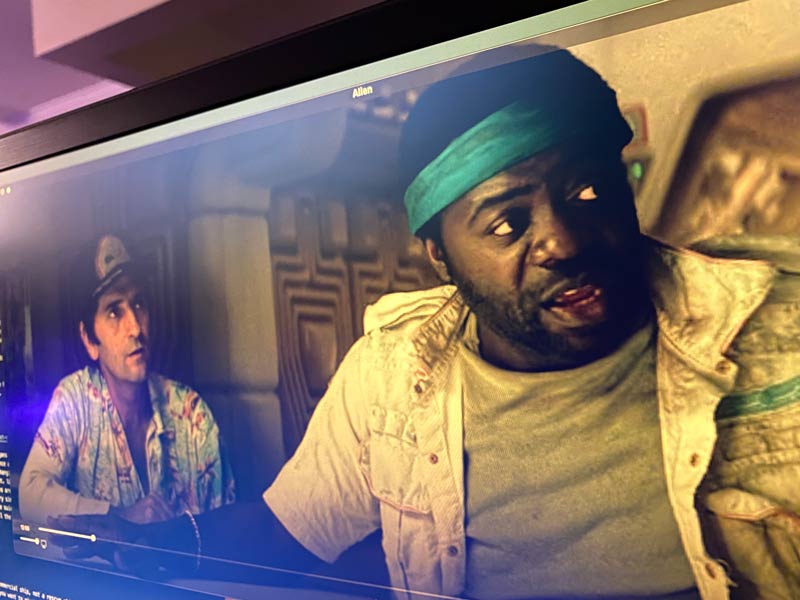 “I hate to bring this up, but this is a commercial ship, not a rescue ship. It is not in my contract to do this kind of duty… And what about the money? If you want to give me some money to do it I’d be happy to.” — Parker

I largely read the the Alien films through a feminist, pro-choice lens. There is so much to pull from: the strength of Ripley, the non-assignment of genders in the original script, the medical pod that “is not configured” for women, life forms that reproduce through non-consensual means. Setting that lens aside for a moment, let us turn to capital.

In the opening scene of Alien, we learn that the Nostromo is a salvage ship (named after the 1904 novel.) Consider how staggering a departure from established sci-fi norms. Star Trek is about exploration. Star Wars is about light versus dark. Dune is about time. Bladerunner is about humanity.

The salvage ship could have just as easily been a scientific expedition.

No, these peoples’ motives are strictly financial.

Their friendships: of convenience.

On What, or Whom, Do These People Spend Their Money? 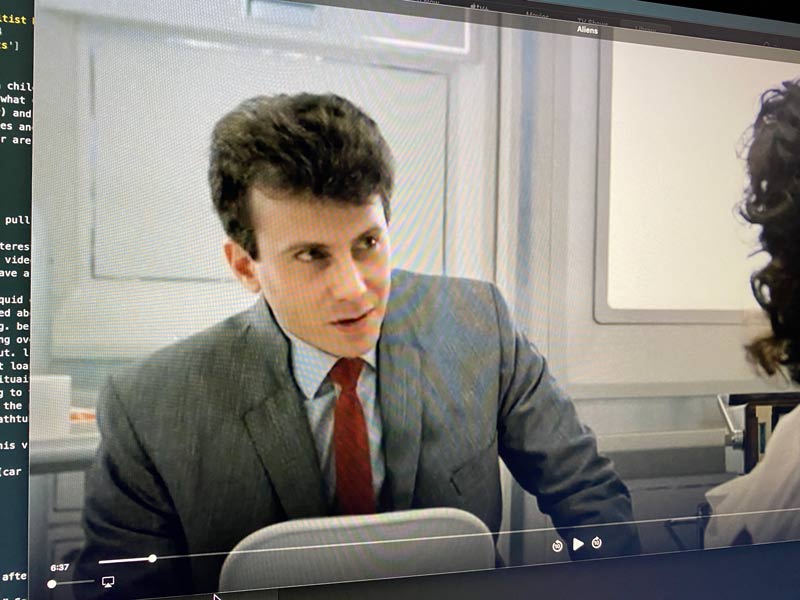 Here and there through the various films, characters will make mention of, “wife and kids.” This is absurd. Decades of hypersleep are necessary for deep space travel. Your wife and kids are gone. We cannot possibly take these statements for at face value.

The opening scene (and childhood flashbacks) in Prometheus are so out of place they can perhaps be dismissed. The archeologists, appearing to have just come back from company sponsored trip to REI, are happily doing their work among green mountains and breathable air. Notably, this is perhaps the only scene in the entire franchise where individual expression via clothing (unique colors, different styles) appears. Everywhere else it is standard issue fatigues, suits, and uniforms.

CCK’s Video About Berserk, Nietzsche, and Tragedy Made Me Think of You 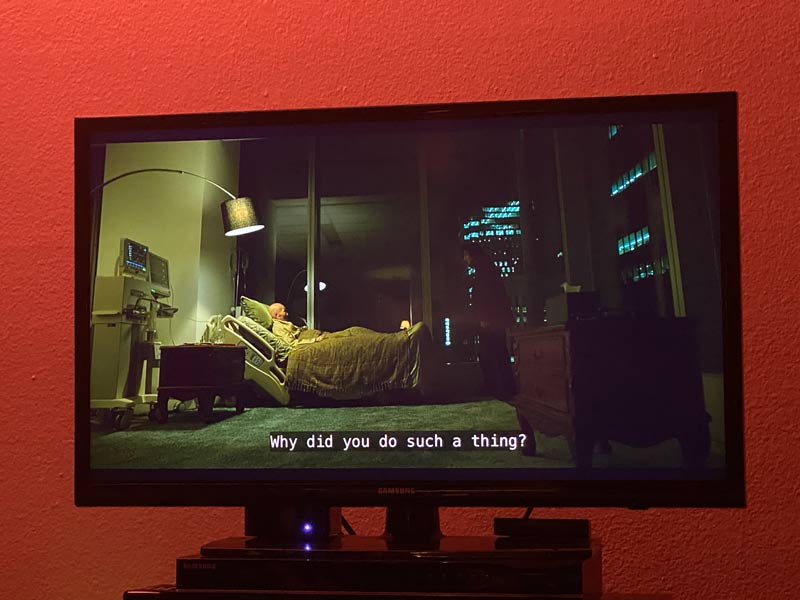 “I have at times,” Sage said, “researched how much certain organs are worth, and how to plan for it. Cuz, you cannot legally do that here. So where can I go? What organs do I feel like I can part with? Then I can feel like I can pay off all my debt. I’m serious.”

“You get what you’re contracted for like everyone else…” 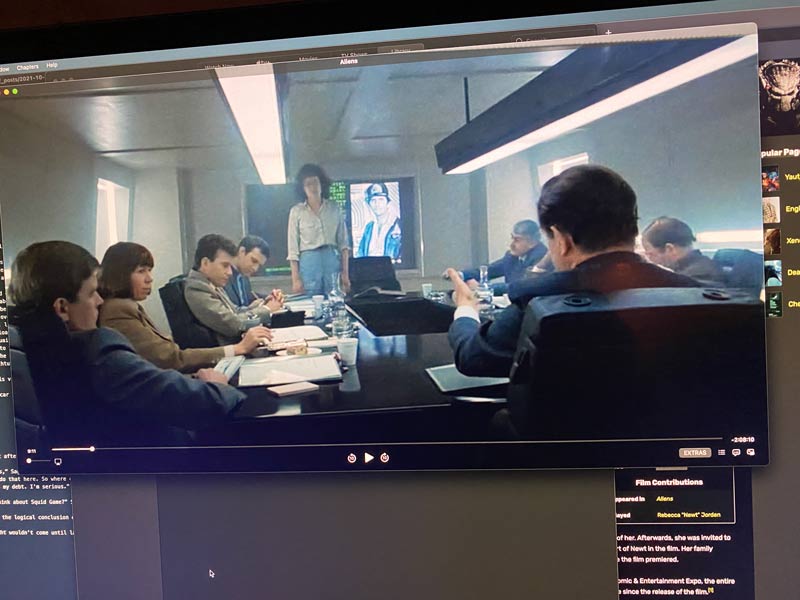 No, it would appear as though the manifest destiny colonialism of Weyland-Yutani was a staggering success. To fathom the megastructures of Fiorina “Fury” 161 and Acheron (LV-426) were just plopped down on orbiting backwater stars… the financial implications are staggering.

So again, what exactly does everyone spend their money on? It has long been posited that Bladerunner exists in the same universe as Alien. The first replicants appear to have two primary functions: manual labor and sex work. Do people spend their time in Company-sponsored brothels with Company-made replicants on Company-designed barbiturates?

Or perhaps they too, like everyone in Squid Game, is drowning in debt?

“… Yes, but everyone else gets more than us.” 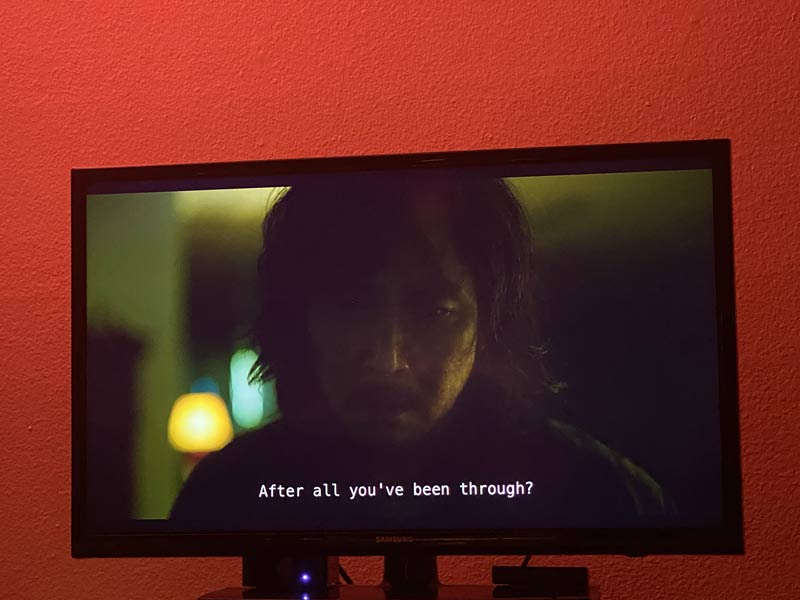 “What do you think about Squid Game?” Sage said.

“This is going to happen,” I said, “if not already. I think it is the logical conclusion of capitalism.”