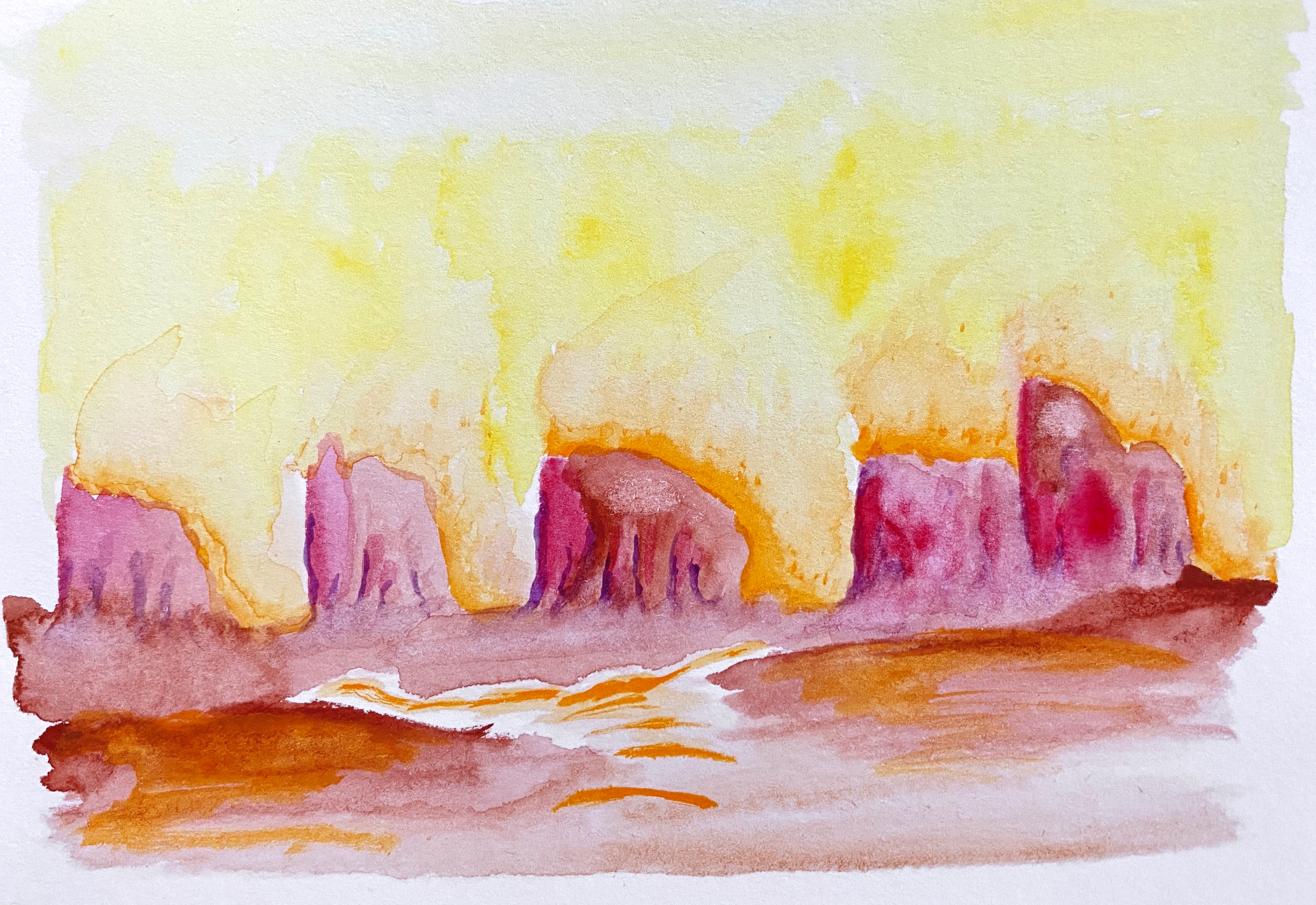 My first tattoo was simply the words of M83’s album Before the Dawn Heals Us. To me, the tattoo is a reminder that no matter how dark things get, the sun always rises. I also love how its a slippery half-sentence, just begging to be finished: “Things are always the darkest before the dawn heals us,” or “Before the dawn heals us, we can’t move on.”

I choose to put the tattoo over my heart. The year was 2008 and it was the darkest age in my life.

I just moved out from home. My mother and stepfather were in the process of separating. I had decided to drop out of college to focus on touring with my band. I was utterly broke and subsisting on hummus, rice crackers, caffeine, and marijuana. The financial meltdown was just beginning. Obama was not yet president. I was certain the apocalypse was imminent.

That summer, I left my band. My heart wasn’t in metal any more. I didn’t agree with our manager’s methods or what had become our creative direction. So, I left and resolved to work solely on music that I 100% believed in. (That music would turn out to be As Quippolous Codes Quietly Count and Serial Index of Unclaimed Memories.)

I was angry, alone, and afraid.

The weight of the darkness eventually collapsed on me. On New Years Eve 2008 I was at the wrong place at the wrong time with the wrong people. Decisions were made and then I was walking home in the sub-zero Chicago morning, before the dawn broke, no wallet, no phone, no money, with 35 miles to go until my bed. I found train tracks. Used the sun to follow them northwest. Somehow convinced a Metra conductor to let me on. Got off at the closest stop to home, still 8 miles away… My feet were bleeding when I finally took off my boots.

After that, it felt like the sun didn’t rise for months.

Somehow, I found my own way through it all.

I enrolled in community college to ease my way back into something structured. Sometime that summer, what I’ve come to think of as a personal renaissance began. Pasha and I launched our net-label, Endless Field Studios. We released music. We set up shows and started nurturing a new music scene. I learned how to code and develop websites. I found passion and joy in graphic design again and I started experimenting with photography again. That fall, I was back at Columbia College Chicago.

The contrast between the darkness of ‘08 & ‘09 and the brightness of ‘09 & ‘10 is almost too much for me to comprehend. The pattern would repeat in 2013. That season of darkness climaxed with a self-induced nervous breakdown from mountains of unrealistic expectations placed on myself. The same thing happened again in 2019, more or less.

I think I’ve finally learned that I’m too hard on myself. This year I’ve resolved to be ruthlessly kind to myself, to give myself grace, to allow myself to feel joy more freely.

I’ve always been something of a hopeless romantic. An artist, drawn to the sad things, the dark things, the fleeting things. It is a massive behavior change to look on the bright side and believe in the light. To default to a stance of love, not fear; trust, not skepticism.

It is 2020 now and I still feel I’m coming out of the 2019 season of darkness. I’ve been anxious and depressed for almost a year but lately I’ve finally been feeling a shift. I keep willing myself to just snap out of it, but I now realize that is yet another unreasonable expectation.

In January, I picked up watercolors again. I painted the piece at the top of this post this morning. It’s name? “Dawn.”